A World Full Of Games

Our games entertain thousands of people around the world every day

📢 GAWOONI has been showcased as one of the Top Gaming Companies in Birmingham (2021), by Best Startup Magazine (UK). Read the full article here:
👉 beststartup.co.uk/?p=6814
#beststartupuk

Hello, I am Aor, a lawyer in Thailand, I would like to contract Khun Frank could you please tell him to contract me? Our project like Dusit, AWC, ORI are going to far. I really want to contract him and really worried about Khun Mick. Is he okay now? I am very worried.

About Frank
Frank has studied mechanics and economics with a focus on international marketing. He started his career as a marketing consultant working for high class companies such as Daimler-Benz, Mercedes-Benz and D2 Mannesmann Mobilfunk (now Vodafone). He entered the games industry in 1996. He was Marketing Director at Infogrames, an exciting European games publisher, well known for its iconing game: ALONE IN THE DARK. Later he became Marketing Director at ATARI, one of the most famous gaming brands ever. Here he had the chance to handle the games marketing for well known Hollywood brands such as: TERMINATOR, TRANSFORMERS, MATRIX and MISSION IMPOSSIBLE.

GAWOONI is a developer and publisher for mobile games (smartphones, tablets) and online games (PC / Browser). Beside our home market Europe we have a special focus on the digital emerging markets Southeast Asia and India. This makes our company a unique player amongst western game companies.

GAWOONI is also operating its own Online Gaming Platform gawooni.games.

Development teams from Germany, India and Southeast Asia work together at GAWOONI on international and innovative game concepts. We are a highly motivated team of internationally experienced gaming specialists and professionals. Internationality, quality and unique marketing approaches determine GAWOONI’s business. Our goal: we give the games market new and fresh input. 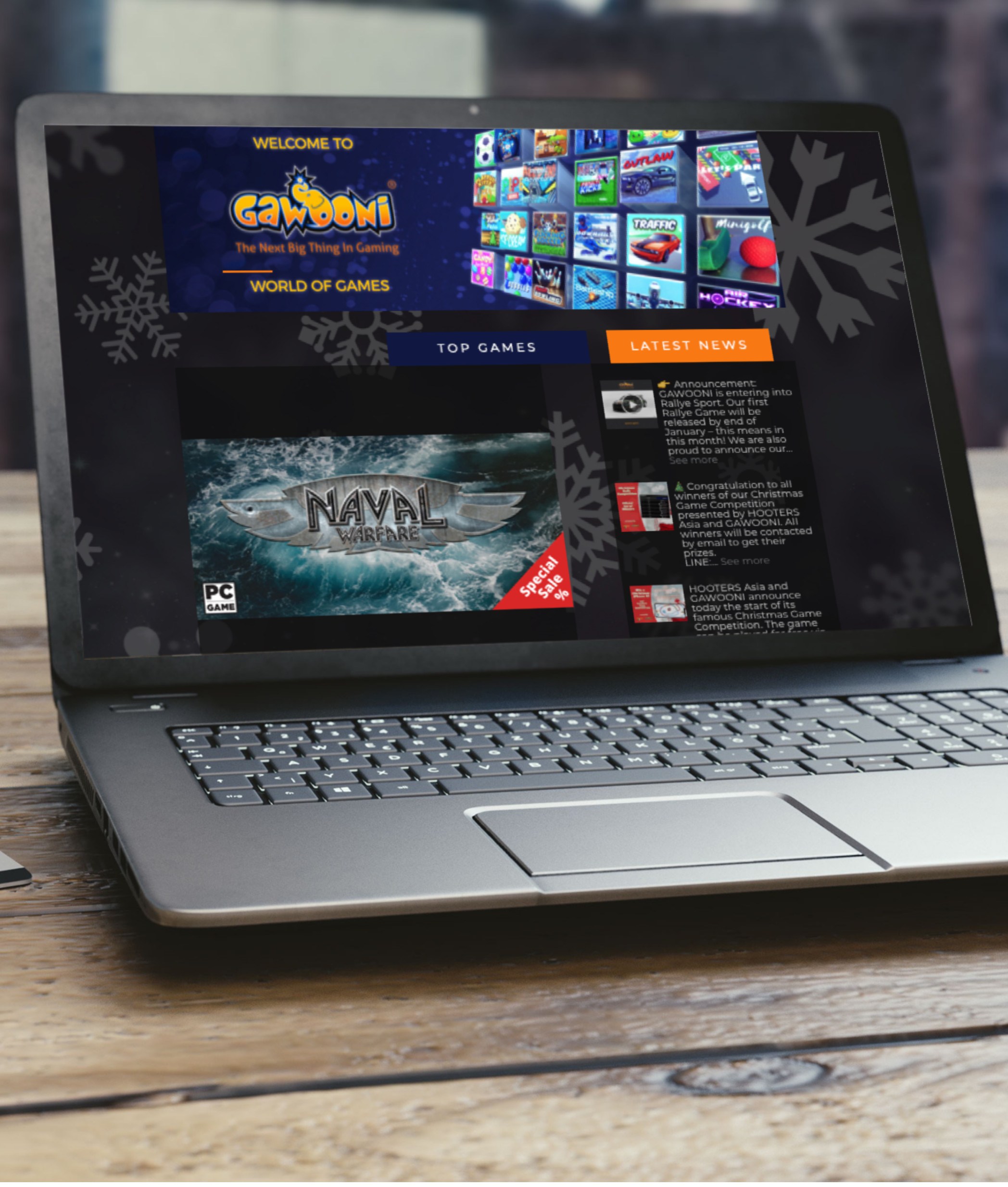 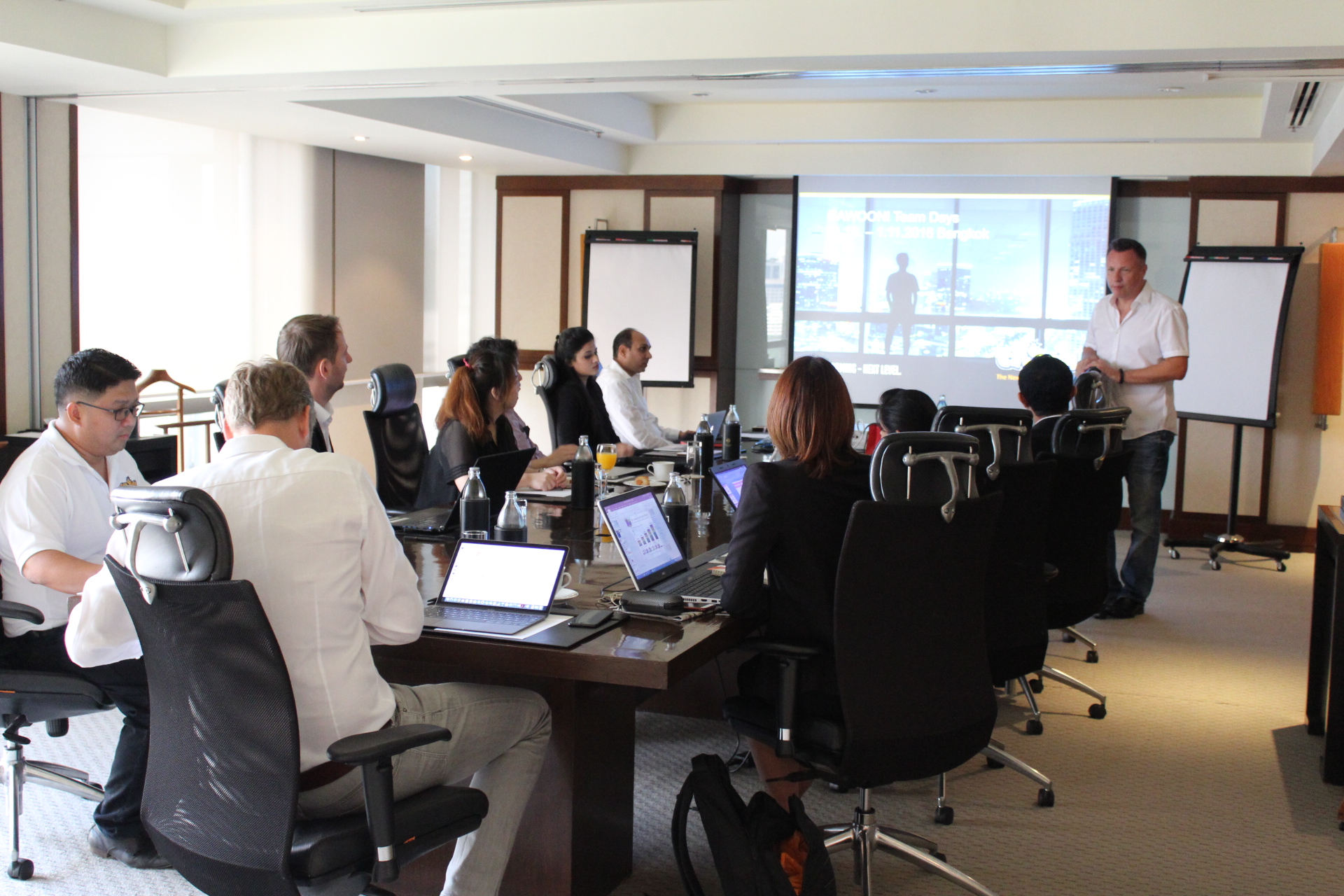 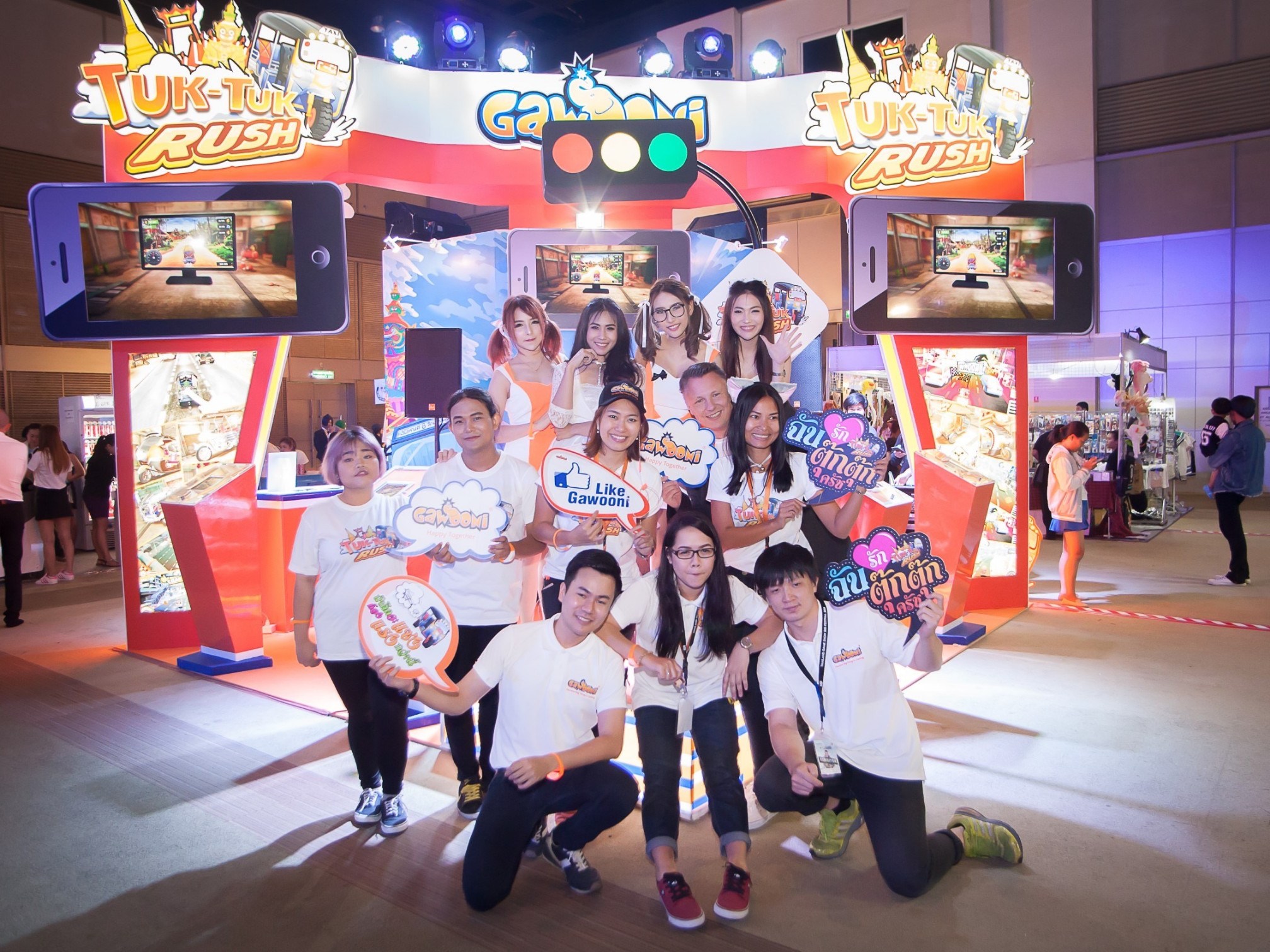 Over 100 billion US Dollars are spent annually with games. A huge market with enormous growth rates. This booming market currently offers extraordinary opportunities. Specifically, Southeast Asia and India are the key emerging markets of the next few years in the field of gaming. And GAWOONI is fully focused on these growth regions.

Frank Holz, one of the founders and directors of GAWOONI, has been active in the gaming industry for more than 20 years and has been actively involved in South East Asia and India for more than 8 years. He not only knows the markets in detail but also knows the strategies and products that can be successfully implemented there. We use this experience and above all the local network intensively. GAWOONI, therefore, has a clear advantage over many other companies in the gaming industry who like to market their games in Southeast Asia and India, but do not know how to handle it.

GAWOONI already has offices and teams in Germany, England, India, and Thailand. This is how international game productions are created for a multi million audience, and this is the only way to realize local marketing.

Over 2 billion people worldwide use a smartphone – most of them to play. Games for smartphones are the future. We follow this mega trend. 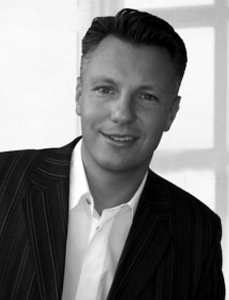 Director / Member Of The Board

Frank Holz is a qualified economic engineer and a long-serving marketing consultant for companies such as Daimler-Benz, Mercedes-Benz and Mannesmann (today Vodafone).

Since 1996 Frank Holz has been working in the games industry. He was Marketing Director of well-known international game publishers such as Infogrames and Atari.

Frank has a very strong strategical background and a valuable international network within the gaming industry. Due to his numerous consulting projects for governmental organizations and game developers in Asia, Frank Holz is a very recognized expert on the asian games market. 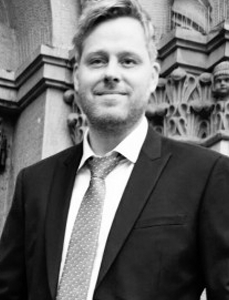 Director / Member Of The Board

Michael Beekmann is an acknowledged financial expert. In 1997 he started his career at one of the biggest travel agencies in Germany. There, he worked in the field of purchasing and successfully established the company’s international hotel network.

In 2001 Michael Beekmann moved to the center of finance, Switzerland, where he worked for well-known finance companies, developing their business in Asia, especially in Hong Kong and Singapore.

Since 2008 Michael Beekmann worked as a financial consultant for startups and companies in the New Economy with a focus on financing, internationalization, investor relations and IPO. 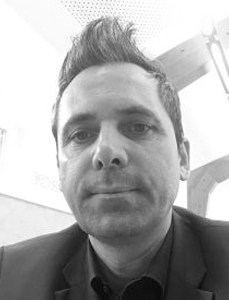 Johannes Keferböck is an expert in finance and personal coaching.
The trained wholesaler has been working in the finance, insurance and investment sectors in Austria since 1994. His passion is motorsport. In 2018 he was rally vice state champion of Austria. Due to his excellent contacts, Johannes Keferböck focuses on business development at GAWOONI. For GAWOONI he is the link to numerous new companies in the fields of finance, new media, motorsport and digital culture. 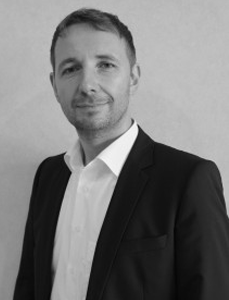 Martin Szymanski worked for over 20 years in the games industry. He was marketing manager at renowned international games publishers such as Infogrames, Atari, Sunflowers and Just A Game.

Martin Szymanski is an expert on mobile and online games, and has very solid experience in the international marketing of games.

At GAWOONI he is responsible for the complete gaming portfolio of own and licensed games. In addition, he coordinates the international marketing of all GAWOONI games.

GAWOONI operates its own online gaming portal. All GAWOONI games and also third party games can be played on the portal.

At the market launch, we will focus in particular on the digital emerging markets of Southeast Asia and India.

The monetization of the gaming portal takes place via ingame purchases and advertising revenues in the games and on the portal. Numerous promotions with well-known brand companies are already planned and executed. This is particularly about the connection between gaming and brand communication, a very exciting approach in gaming.

In the long term, the GAWOONI games portal will also be expanded towards eSports. eSports is an important gaming trend worldwide, especially in Asia. 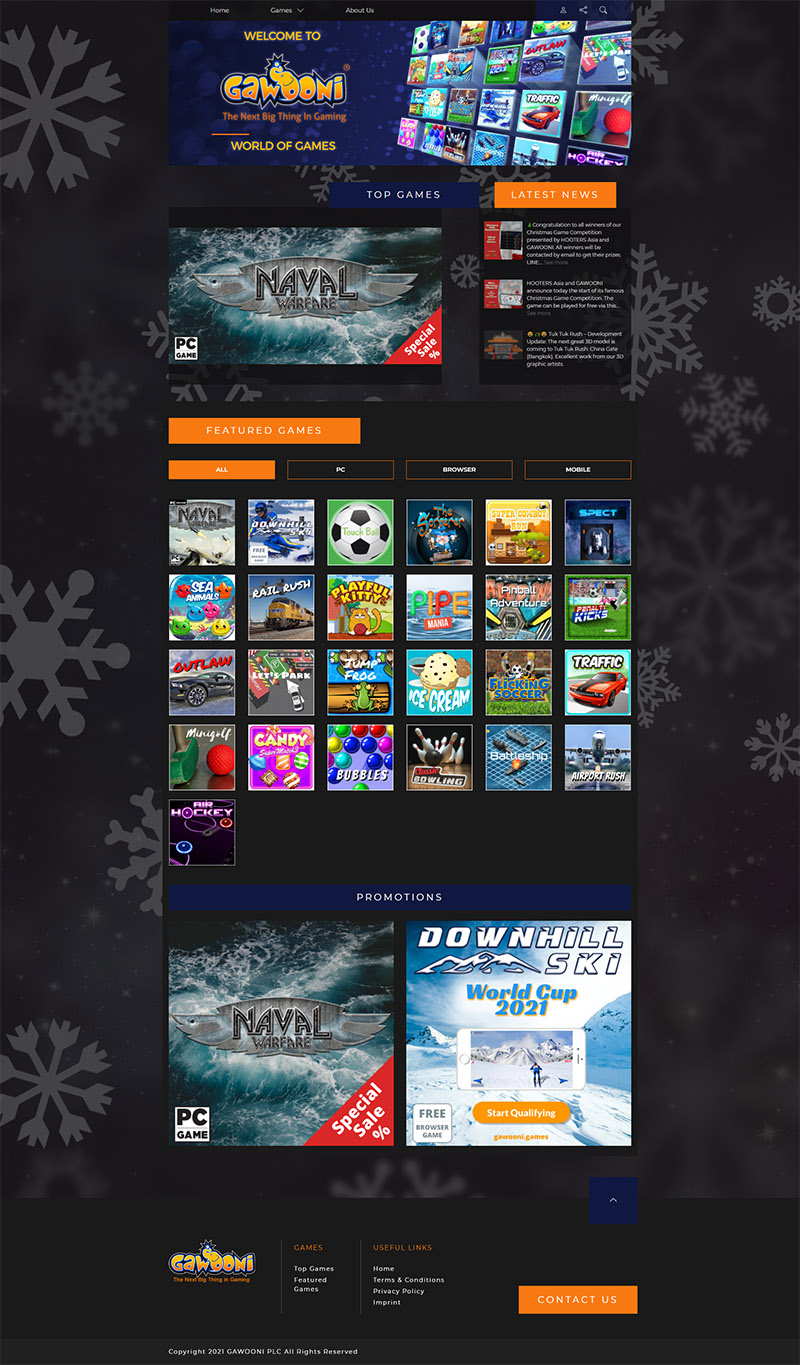